What is the history of Christmas from a non-religious perspective?

When you gather with your loved ones this year to drink eggnog, decorate Christmas trees, and open gifts, you will be continuing a celebration that began thousands of years ago with roots outside Christianity. The traditions we still participate in did not begin with the birth of Jesus, but rather, they began long before his birth became associated with the holiday. Let’s look at the non-religious roots of Christmas.

In the first centuries, AD, any individual who was not Christian, regardless of their religious connections, was referred to as “pagan” by Christian missionaries. And it was these so-called “pagans” who held winter solstice celebrations to rejoice that the worst of winter was over and they could look forward to longer days and more hours of sunlight.

LOOKING FOR A PET?: 7 things to know before getting your kid a pet for Christmas

The Roman people celebrated Saturnalia, a holiday in honor of Saturn, the god of agriculture. This was a monthlong celebration that included lots of food and drink and general rabble-rousing. Two additional festivals observed during this time were Juvenalia, a feast honoring the children of Rome, along with a celebration of the birthday of Mithra, the God of the unconquerable sun.

It is commonly believed that the date of December 25 was eventually chosen to celebrate the birth of Jesus in an attempt to end the traditions of the pagan celebrations that Christians looked down upon.

By holding Christmas during the time of these festivals, religious leaders hoped their version of this holiday would be more popularly embraced. However, it continued, by many, to be celebrated with lots of food, drink, and partying.

MORE: Fa-la-la fabulous ways to deck out your holiday table

It really wasn’t until the 19th century that Christmas came to be embraced by Americans. What was it about this time that caused such interest? The early 19th century was a time of great turmoil, with high unemployment and crime. In 1828, a Christmas riot occurred in New York and required the institution of the cities first police force. There was a strong need for peace and giving in the country.

Around this time, stories began to be published promoting the peaceful mingling of different groups in society and inviting others into one’s home in a gesture of goodwill. Also around this time the popular holiday Dickens classic A Christmas Carol spread the message of the importance of charity and goodwill. This really struck a chord with Americans at the time.

Families were also becoming more relaxed and in tune to the needs of children. Christmas provided them a day to give lots of attention and gifts to children without the appearance of “spoiling” them.

Many of the traditions that followed — decorating Christmas trees, sending cards, and giving gifts — were adopted from non-religious beginnings. Many of these evolved from pagan practices occurring centuries earlier. Even gift giving used to be something looked forward to on New Year’s Day. Gifts were shared as a way to celebrate and feel good about the ending of the year.

Even today, Christmas is a push and pull between Christian and secular celebrations, but the love behind the gestures remain the same.

Actual witchcraft you can try at home

Halloween activities that may actually give you nightmares

Predicting pop culture costumes that will be popular in 2019

These candy corn stuffed cookies will knock your socks off

How to host a Halloween costume exchange party 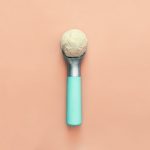 Actual witchcraft you can try at home

Halloween activities that may actually give you nightmares

Predicting pop culture costumes that will be popular in 2019

These candy corn stuffed cookies will knock your socks off

How social media is affecting your relationships & how to stop it

get our free newsletter

Part of the USA TODAY NETWORK

get our free newsletter

Part of the USA TODAY NETWORK

See original, joy-evoking articles & videos to help you celebrate the everyday, and take your holiday traditions to the next level!